We had the most incredible torrential rainstorm in San Carlos last night. Not just rain, but serious pounding rain, wind and thunder and lightning. I know, I know, don't travel with us. Apparently we seem to be bringing the bad weather wherever we go!! When we woke up, it was beautiful blue skies and a lovely 20 degrees C. We got get gassed up in San Carlos and were out of there by 8:30 am. Just as we planned.... 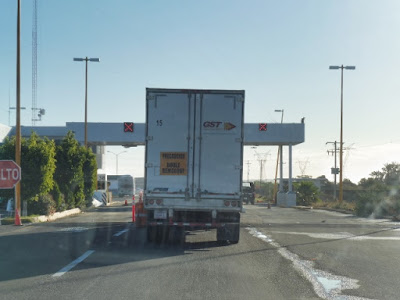 First of many toll booths..... 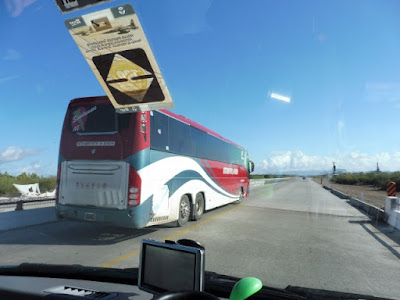 Always huge buses everywhere. Mexico has an incredible bus system.
Most of them are classy, first class style buses. We often think that
Canada should come down here and see what a good bus looks like,
not like those lousy Greyhounds we have!!


One of the many towns we go through on this Mex 15 highway is Cuidad Obregon. It is a primarily industrial/agricultural town. Not much to write home about for us here. We followed the GPS and for some unknown reason it took us down this ridiculously terrible road. It was a mostly flooded, road.....oh, and pot-holes from hell!! Told you it rained last night - and this was a good 2-3 hours south of San Carlos!! 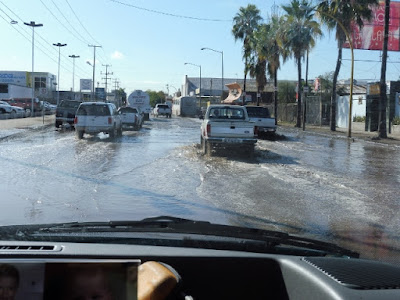 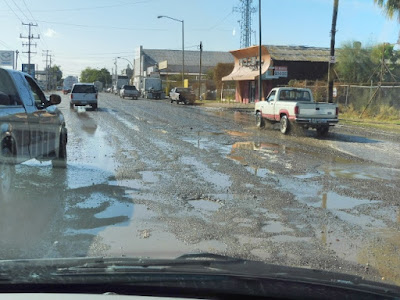 ...and this is the main highway through!! 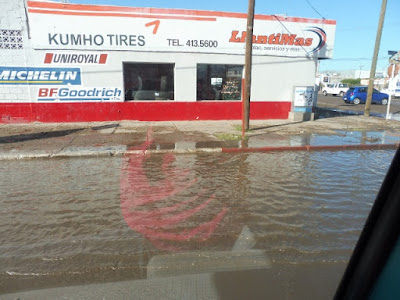 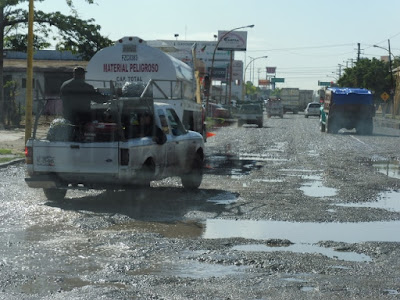 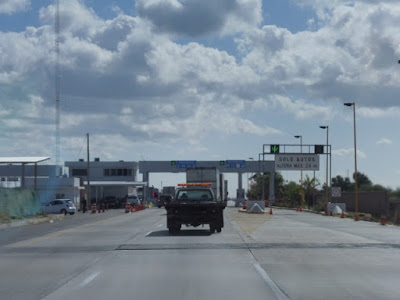 Yet another toll booth for your entertainment pleasure..... 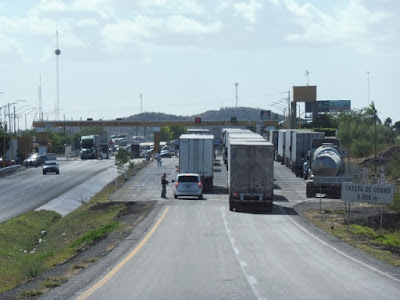 Okay, I'll stop now. However, we find that tool booths are an excellent place to stop and use the bathrooms (always clean) and have a snack. You just can't get better security here as there are always plenty of Federale Policia here with sub-machine guns.
Probably one of the best places to have a break!!


After a long hard day of driving, we are parked and at the City Express Hotel in Culiacan, SIN. I must admit, I did not do my part in the driving department. I drove for a total of one hour but found the highway condition to be deplorable at best, so Doug took pity on me and took over again. My thanks to him for driving 7 hours of an 8 hour driving day.....go Team Beglaw!! I know, I suck......

So despite the fact that the roads were, as mentioned above, deplorable, we kept chugging along. We drive the Cuota or toll highway. We are more comfortable with this option. However, by the end of the day, we had gone through EIGHT tool booths!!! Yikes, it seems like it is more than in 2013 but I think we just travelled different and hit most of them in one day, instead of splitting them up. A grand total of $437 ps, which is roughly $37.15 Cdn.

So, things were going along pretty good, other than the road condition. We really don't like Los Mochis as we had a negative experience with a $500 ps note switcheroo for a $50 ps note rip-off at the Pemex in 2012 (plus the little pesky shooting while we were walking down the street.....) so we do try and avoid it AT ALL COSTS. This time, we thought we were being quite diligent and only stopped for gas outside Los Mochis on the Cuota. Must have been the same guy. Our bill was for $560 ps. I gave Doug a $500, $50 & $10 coin for a total of $560 ps. Doug carefully handed it to the "gentleman", all spread out and he tried ONCE AGAIN to do the "oh, you only gave me two $50 ps notes"!!!!!!! Doug just yelled at him and said NO WAY!!!. Then the guy looked in at me as he knew that I had given Doug the money and I yelled NO WAY!!!!! He just shrugged his shoulders as if to say "rats, you caught me" and walked away. I have been incensed ALL bloody afternoon. I am very proud of Doug for immediately standing up to the fraudster but find it distressing that we are still going through this garbage. We actually stayed and had our lunch on the property. He hardly made eye contact with us the whole time we were there. So, just so you ALL know, it is PEMEX #7855, just outside of Los Mochis and here is the fraudster and cheat so you can recognize him. Wish there was ever a supervisor at these stations.....When we drove out, Doug made sure to make eye contact with him and give him a little "tsk-tsk-tsk" finger wave (no, not the "bird) just a little notation that we caught him and didn't appreciate it. 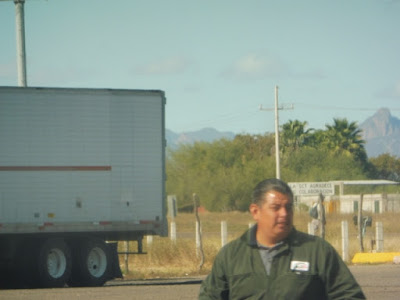 ....and there you have it. Beware everyone - it still is happening!!
Too bad, huh? We have come up with yet another plan of paying.....
So we carried on after this and found that the roads in the state of Sinaloa to be in better repair than those in Sonora. Not sure why?! 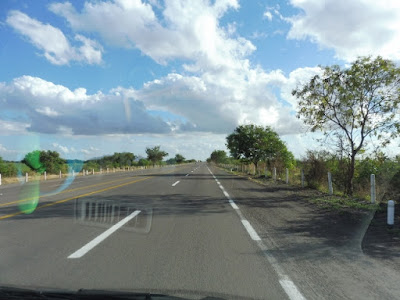 Quite pretty now that we have some nice fertile farmland here. 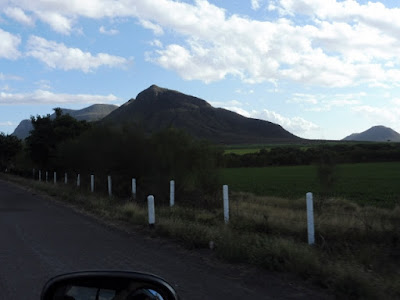 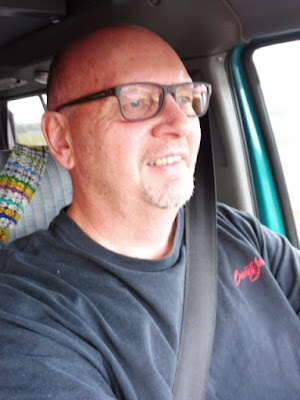 Yes, Doug is still smiling and alive after 7 hours of hard driving......
and yes, I know I suck!!!
Probably pizza for us tonight and we will get a great start out of here tomorrow morning. So nice that we only have about 2.5 hours to get to Mazatlan. We will check out a few of the campgrounds on the way into Maz town tomorrow and decide where we will start. Love from Culiacan and we will see you all in Mazatlan tomorrow!!!
Peace and hugs to my boys.....
Thought for the Day: The only thing worse than being blind is having sight and no vision...Helen Keller
Posted by Doug and Nancy at 17:16