Yes, we are still alive!

Wow, not sure how it happened that the last post was the end of our road trip!! Again, as I've said before, it's hard to keep writing when you go to work each day, head home, go to bed and get up in the morning and repeat the process. Sheesh........

Anyway, what have we been up to, besides the aforementioned. First, we had an amazing camping trip to Golden Ears Provincial Park for Thanksgiving. Let me brief you first that the weather was terrible on the Friday night. We arrived as early as we could but it was still well after dark and POURING. The funny thing was (well, it wasn't so funny at the time) that almost the entire campground was full!! Now, that really is fantastic for BC Parks, but not good for those of us arriving late. Last year it was about 1/2 full only so you had pretty much your pick of sites. Anyway, it took a little effort to get our Bigfoot into the single site with Josh  Kathy's trailer but we did it. Oh, and it continued to POUR all night long. That fire ring sure felt good by the time we got all set up. 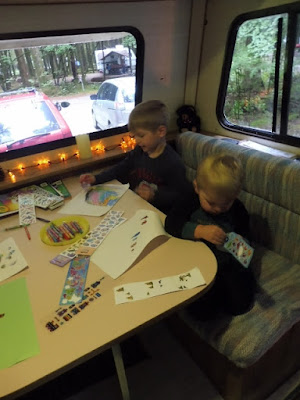 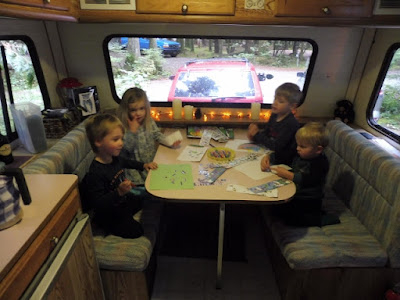 Some extra friends of Gus & Jasper's were camping for the weekend too... 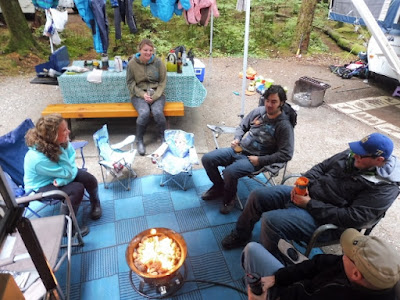 Finally some let up in the rain. Still, we stayed under our canopy... 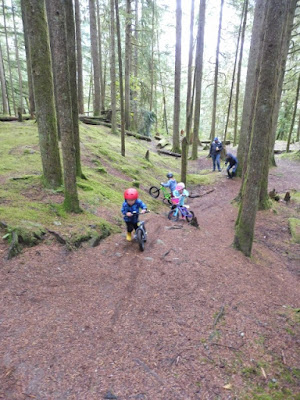 Lots of hill riding for the kids! 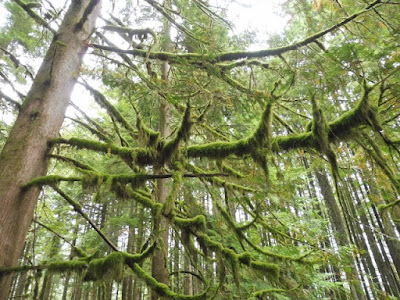 We did our big Thanksgiving dinner on Saturday. We had 14 people in total. It was amazing! Turkey cooking in the trailer, with the smells wafting out, was delightful. 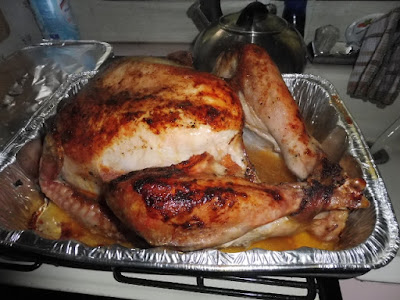 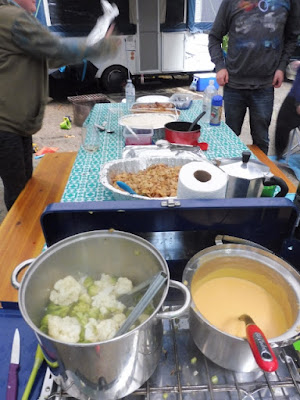 There was LOTS of food. It's always so nice, combining everyone's ideas
and having a fantastic dinner.....now, that's something to be thankful for. 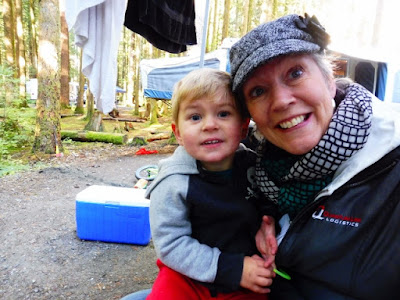 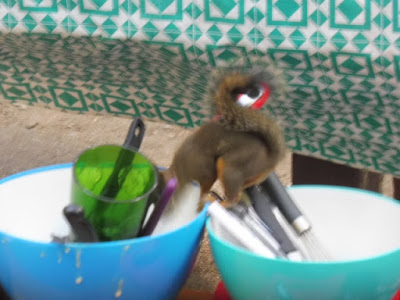 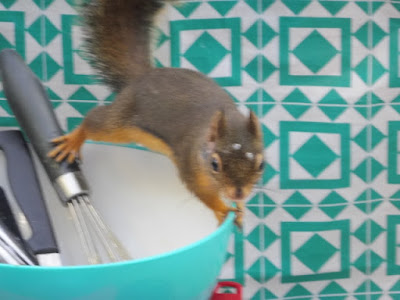 Nothing like a little pancake batter on one's head.... 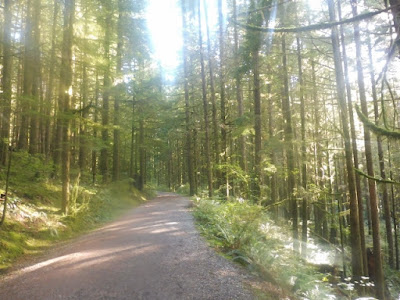 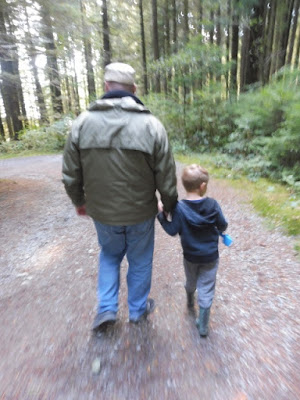 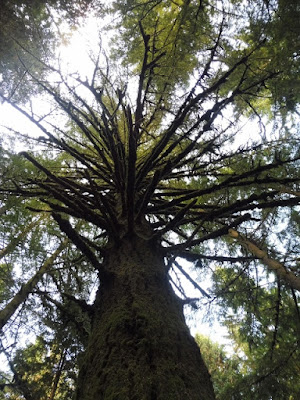 Always a great walk down to Aloutte Lake.
Originally only 2 km in length, the lake was considerably expanded by the 1928 construction of the Alouette Dam  which is 11.5 km (7 mi) along the upper reaches of the South Alouette River. A 1,067 m (3,501 ft) long tunnel connects Alouette Lake and Stave Lake. At the end of the tunnel is a penstock which feeds the small Alouette Powerhouse, an 8 MW power station operated by BC Hydro, which lies midway along the west shore of Stave Lake. There is no powerhouse at the dam, however, as the point of the reservoir is to feed the tunnel through the flank of the ridge between Mounts Crickmer and Robie Reid. A former railway grade leading to the dam along the river was also
used as a logging railway.

We have never, never seen this lake so low. We were absolutely shocked. Where they are standing, in the summer, would be probably 10 to 20 feet deep. It was a bit like a moon scape. 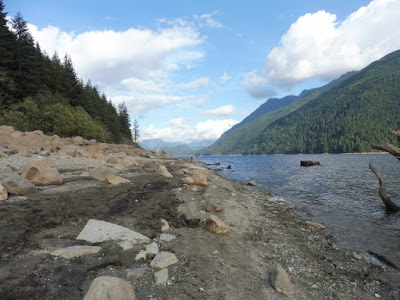 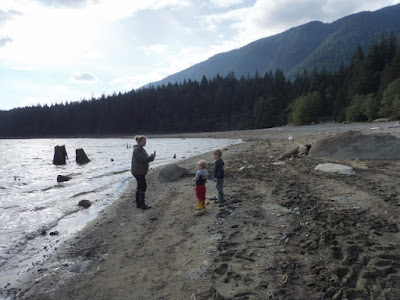 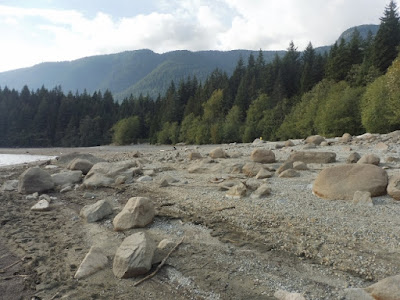 You never normally see these rocks... 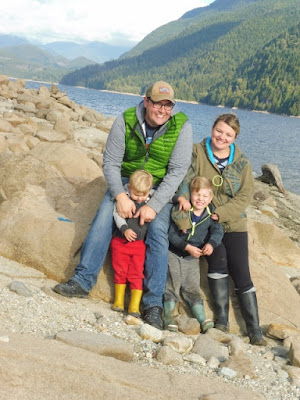 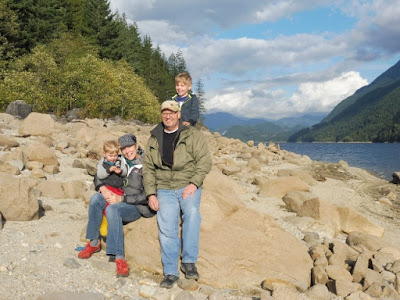 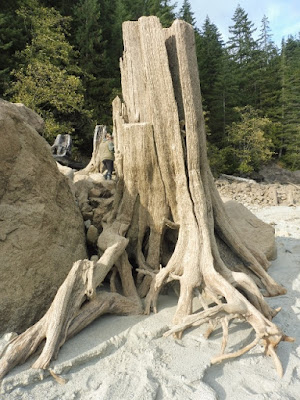 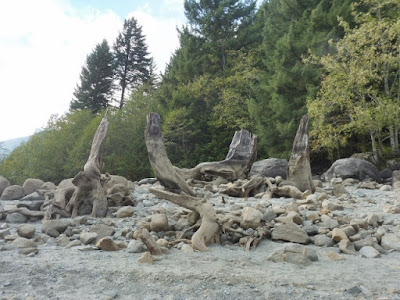 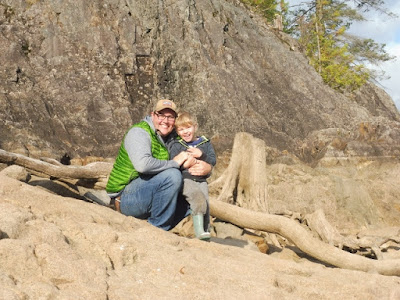 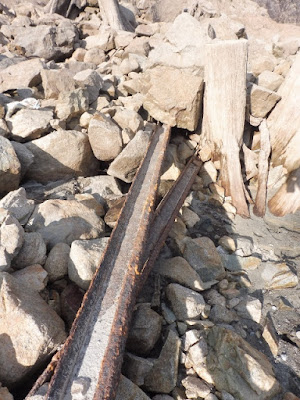 Some of those railway tie remnants they were talking about. 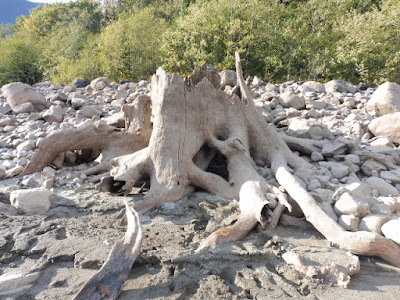 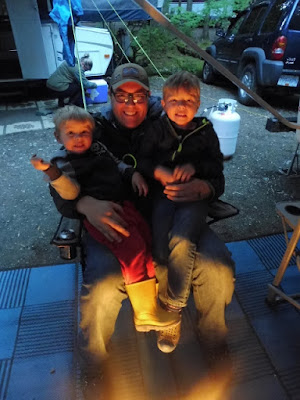 ....and day is done!
Sorry for the absence everyone. I haven't forgotten you all so I hope you haven't forgotten us!! Yes, I am still far behind in posts but I will get them all caught up!
Peace....
Thought for the Day: It is not joy that makes us grateful; it is gratitude that makes us joyful.
Posted by Doug and Nancy at 20:37 3 comments: