Doug mapped out a walk to the closest Wal-Mart for us. Figured we needed more exercise and we probably do! About 4.3 kms from here and there were sidewalks all the way. I think we could probably ride our bikes if we wanted but we figured it was best to check it out first by foot.

First though, morning coffee on the patio.....
. 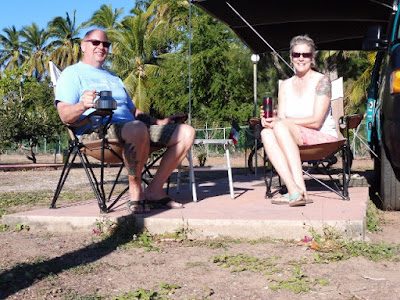 On our walk, we saw many interesting things. Like this one below. Necessity is the mother of invention they say.....these guys needed a chute for the construction debris so they made one: 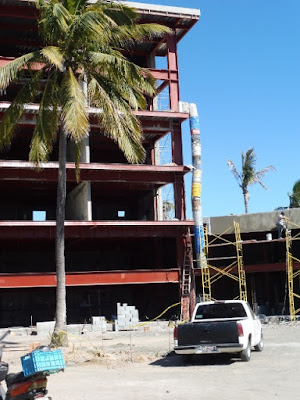 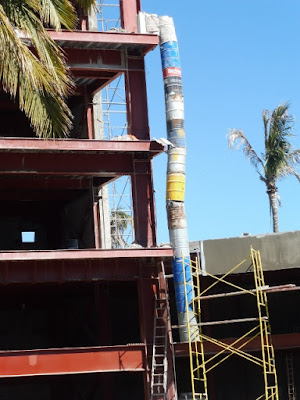 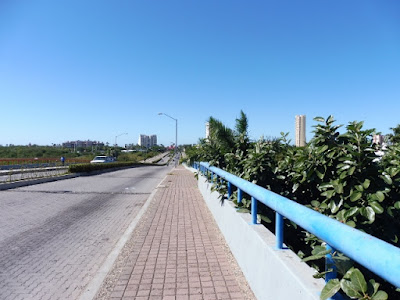 Bridge going over a part of the big marina.... 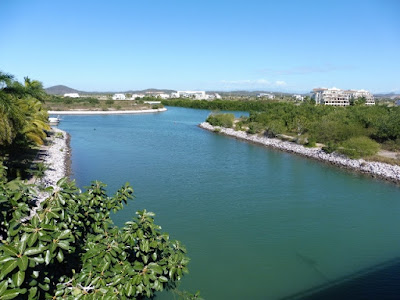 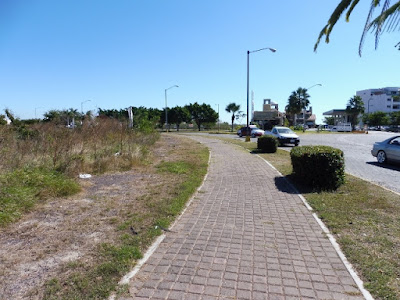 Most of the walk was like this though. Pretty nice sidewalks...

A shop through Wal-Mart is pretty much the same everywhere but there are always a few interesting additions. Like these cake mixes for example (....thanks Carol for pointing these out on your blog the other day or I would never have spotted them!!) 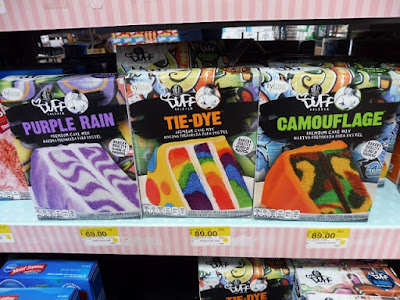 Seeing as we drive a VW Westie, I am
particularly partial to the "Tie-Dye" one!! 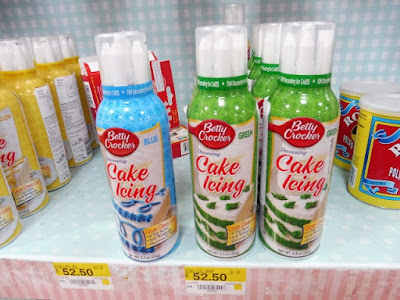 Doug thought these icing "helpers" were amazing...
He thought Gus would like them!! 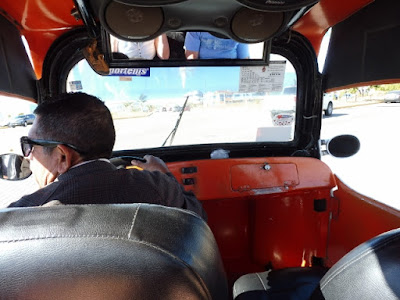 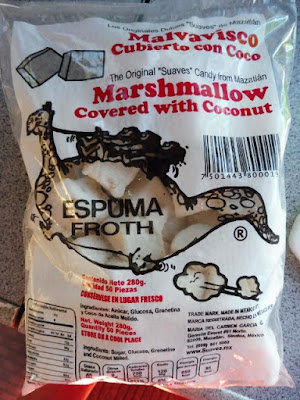 Oh, apparently, an original Mazatlan candy - coconut marshmallows!!
Wal-mart proudly has a section where they support local businesses. Good for them!
Apparently, while we were away, a big wind ripped through the park. We had left our awning set up as we have not had any problem with it all week. We came back to it being collapsed on the side of the van, support sticks everywhere and our chairs were turned over! Looked like there had been a fight!! Doug was pretty worried that it might have ripped but it was all good. Made of pretty tough stuff, that Shady Boy awning of ours! We do have it down for now and will make it our habit to remove it when we are not on the site. We have not put it back up yet but improvised something for the afternoon. Phew....... 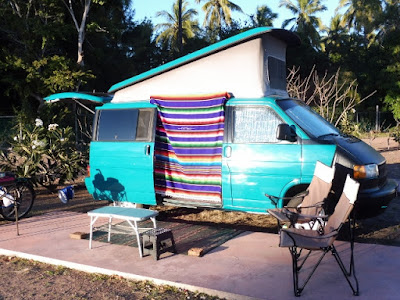 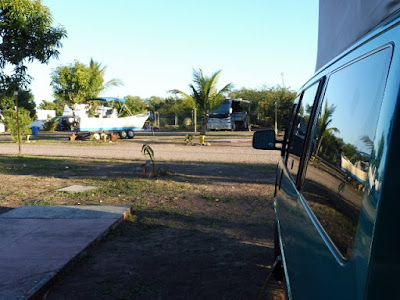 Another view from the back of the van..... 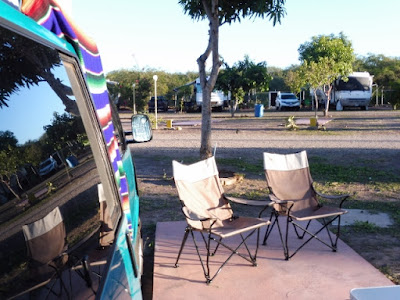 Later, we were treated to a drive down through downtown Mazatlan with Bill and Carol. Such a different world when you have a vehicle to take off in and explore, especially this city in the evening. The pictures aren't great so I will apologize in advance but it is the best one can do on the move!! Oh, plus they treated us to a great hamburger dinner - life is good and we cannot thank them enough!!!! 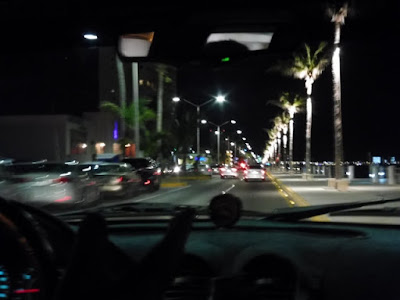 Driving past the malecon
(Al & Colleen- this is where we walked with you guys!) Some of the big masks going up for carnival.... 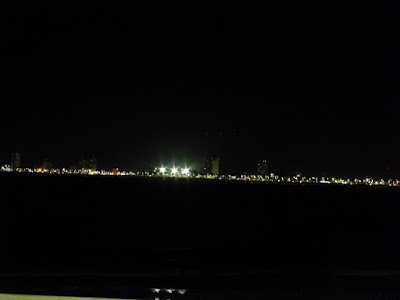 Way over there is the baseball stadium. Apparently, Mazatlan
is playing Culiacan tonight.... 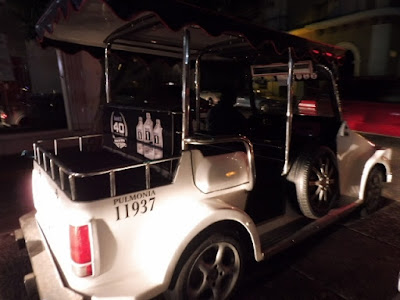 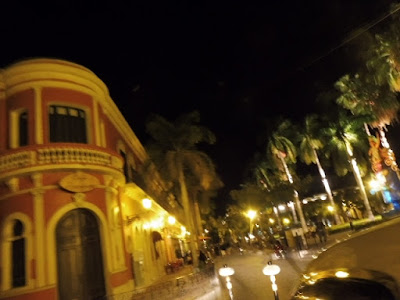 Part of the Plazuela Machado.....sorry! 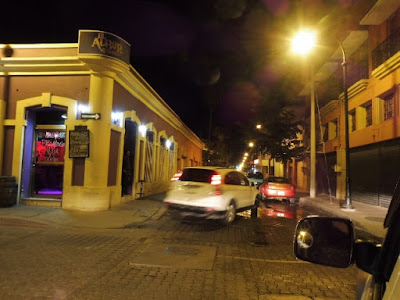 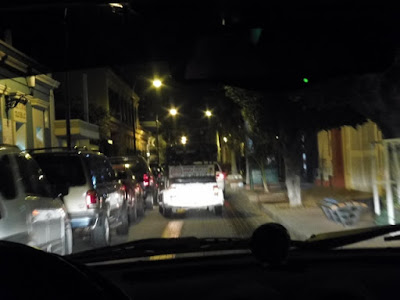 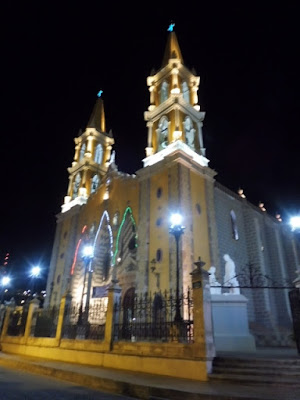 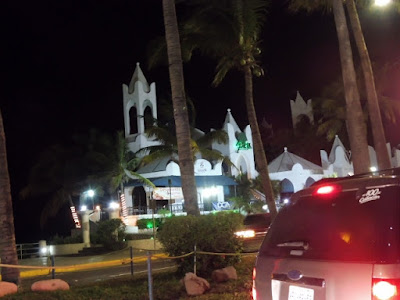 Valentino's by the malecon 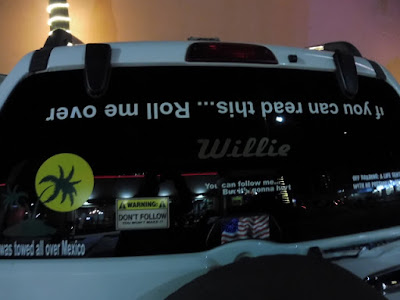 Muchas gracias Bill and Carol!!!
Back of the Jeep named Willie

Peace and g'night everyone!!

Thought for the Day: You don’t know how strong you are until being strong is your only option.
Posted by Doug and Nancy at 20:51