We really enjoyed our time at Sands of Time but it was time to leave this morning. Still, it is a great drive, even when you are leaving here! 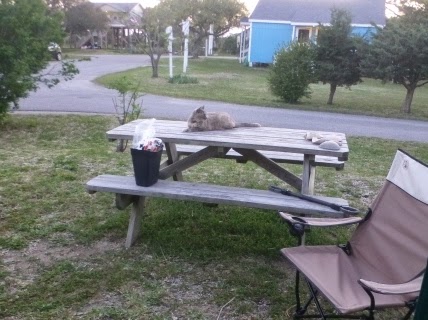 Little visitor last night....think she liked the vittles in the garbage! 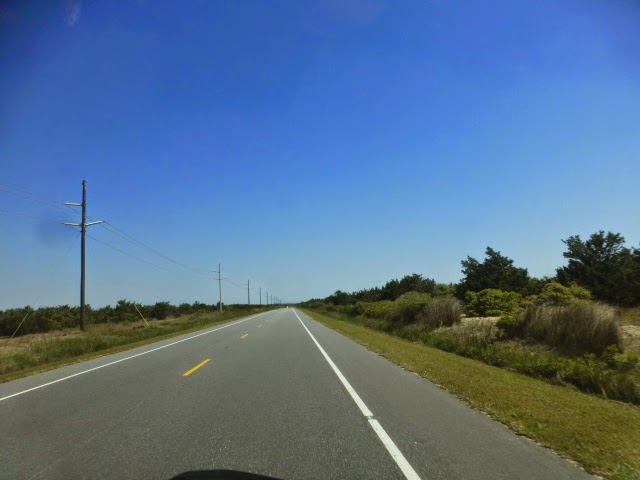 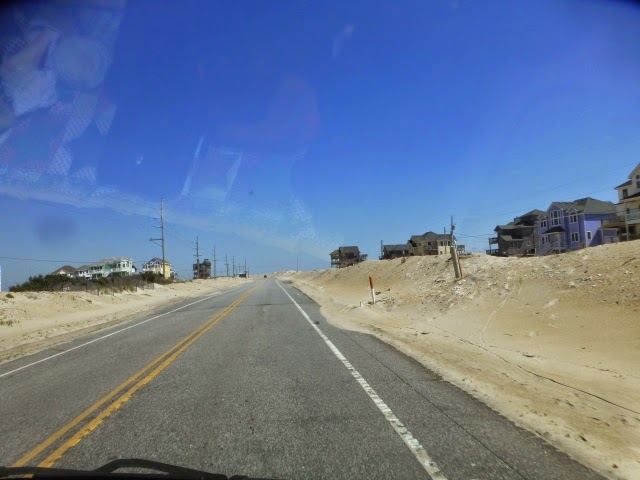 About an hour after you head north from Avon you hit a really sandy
area. Not many trees for a little bit.....still on the Outer Banks. 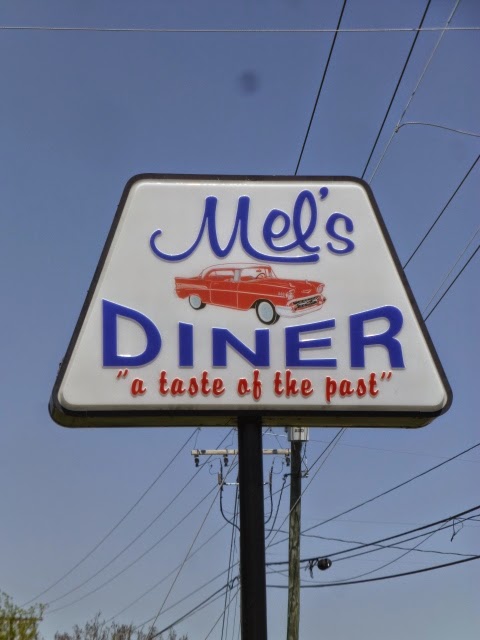 We saw this place when we were heading down to Avon
last week and thought of you, Mel Beatty!! 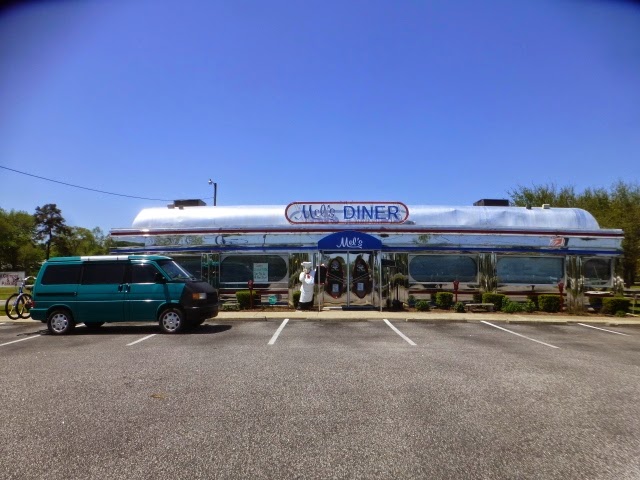 Too bad it was closed today!!!
And it looked like a beautiful diner too!! 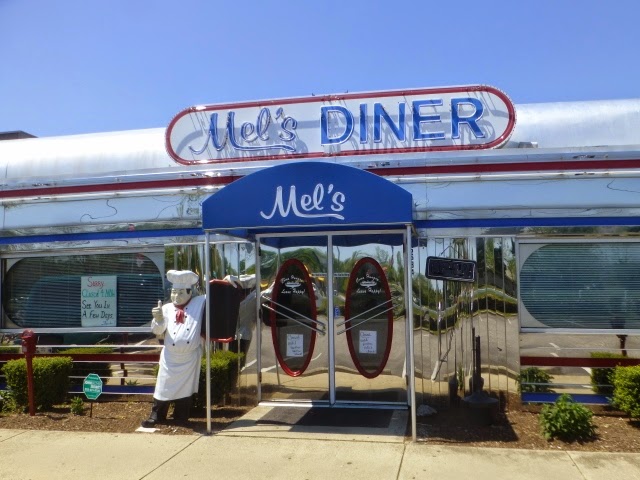 Once you go through the Norfolk/Chesapeake area, you go over and through a series of tunnels that cross the Chesapeake Bay/Atlantic Ocean. There was the first bridge and then the Thimble Shoals Tunnel, then back on a bridge network again and then into the Chesapeake Channel Tunnel; and then one more bridge. All in all, it spans 20 miles. There is a hefty price tag to go through it though, $13.50 for us!!
I think we could use this to get to Vancouver Island from the mainland of Vancouver!! 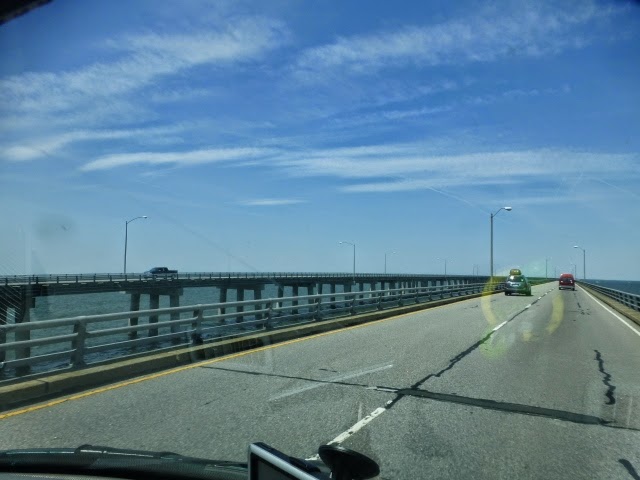 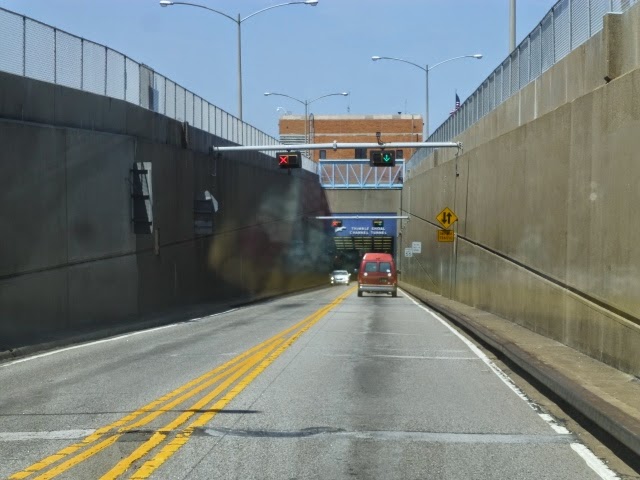 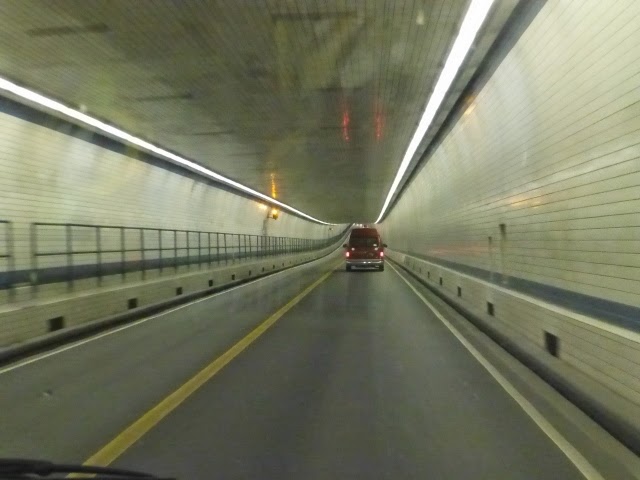 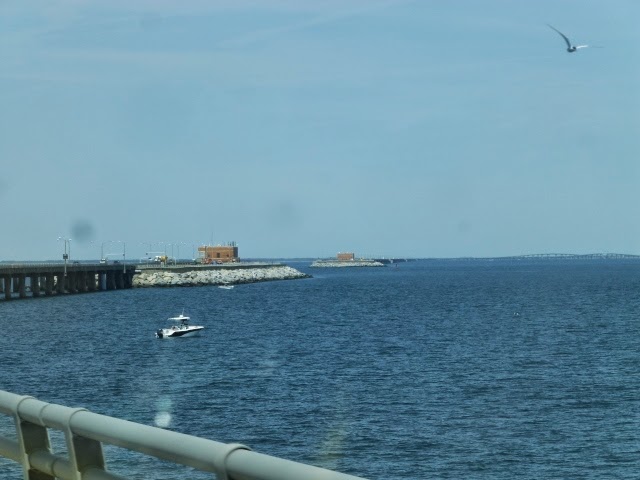 On the next bridge section and here comes the
next tunnel..... 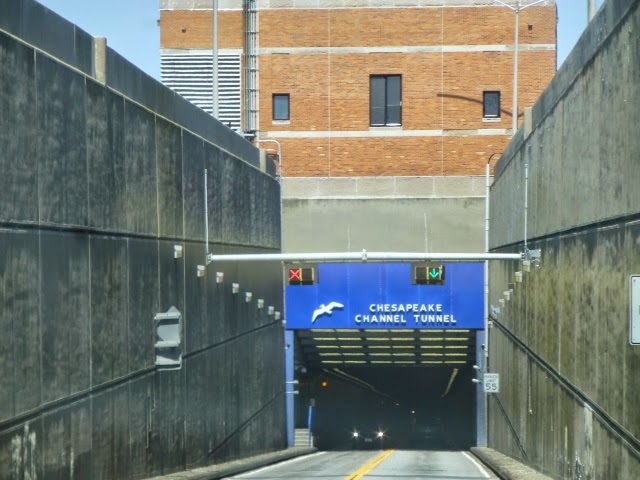 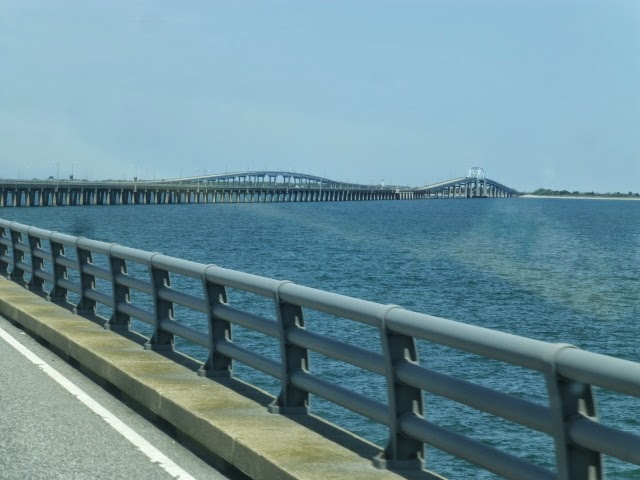 Last huge bridge section coming up.
All in all, pretty impressive. Now, can we have one in Vancouver??
After we got back over the Chesapeake Bay Tunnel system it was about another 40 miles up to Quinby VA. Nice drive into the park, about 8 miles off the main highway. 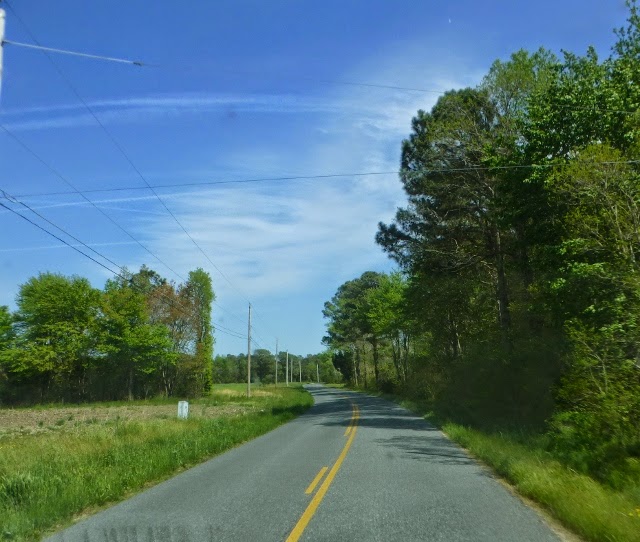 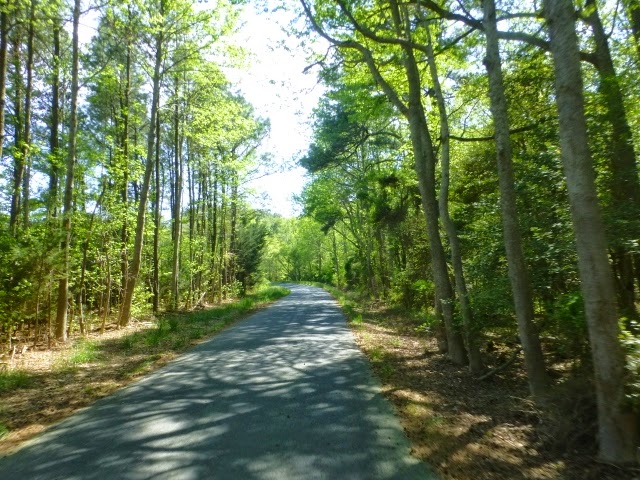 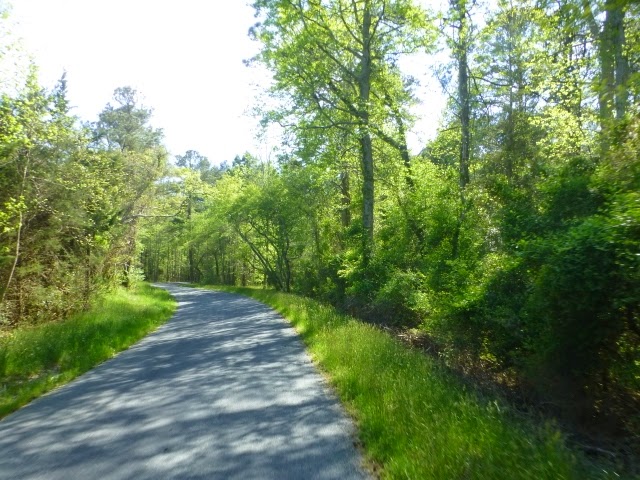 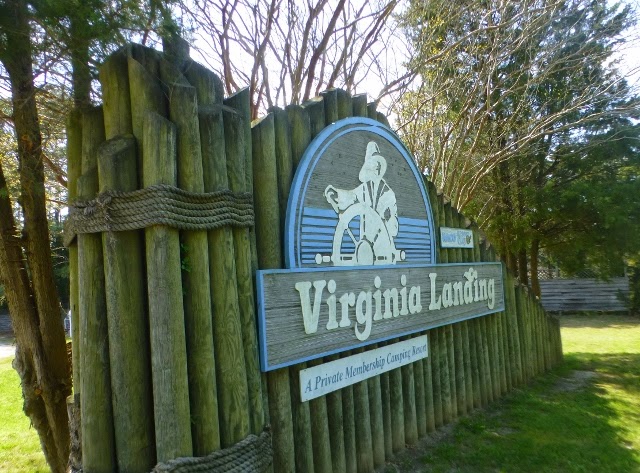 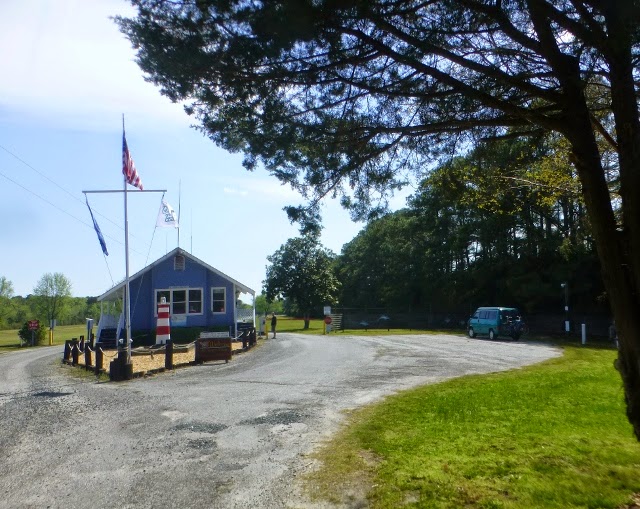 So, here we are at Virginia Landing Park....
A bit of history on this park. It was very badly damaged by Hurricane Sandy in late October 2012. Sandy was the 2nd costliest hurricane in US history and cost the country about $68 Billion.
Sadly, most of this park was never rebuilt. I think if we had known this, we likely would have made another choice. The pictures below are nice looking but you will notice a distinct lack of people. There are a few campers and mostly permanent people. Most of the sites were never rebuilt and many, many do not have electricity. In fact, in the area we are in, Doug had to walk along a row of 6 campsites and found one that worked on the 5th try.
Once, in it's prime, it was probably a great spot. It has a pool, mini-golf and some great green areas. The ranger told us that it only gets busy now on the weekends. I will try and get a few more pictures tomorrow night. We are at the Family Lodge for internet and I want to be able to ride back in the "sort of" daylight!! 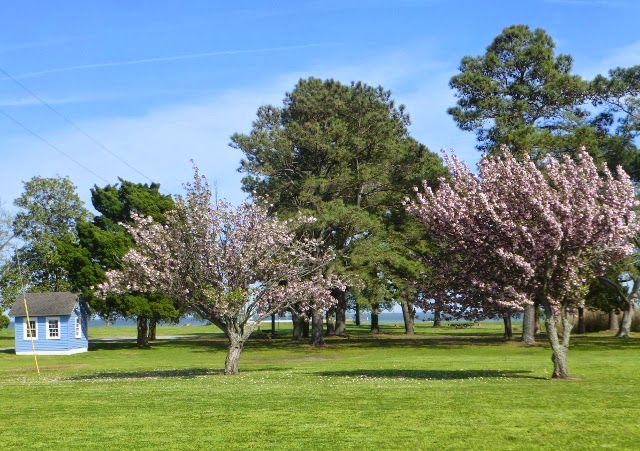 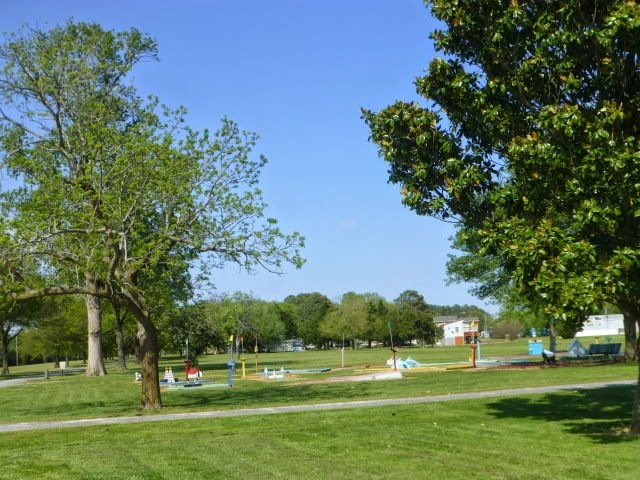 There are some privately owned homes in the park area too.
We are not sure how they are associated with the actual campground.... 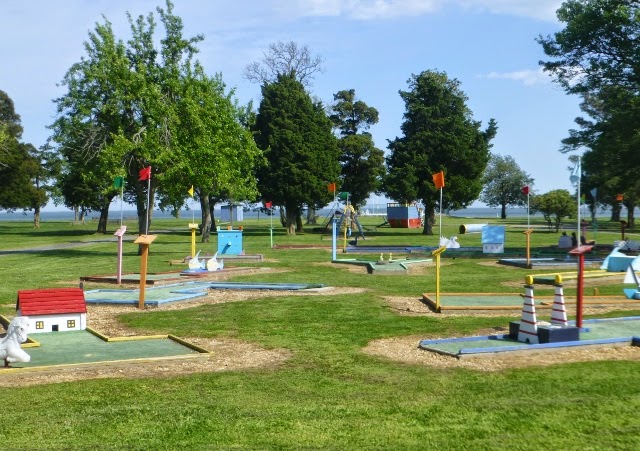 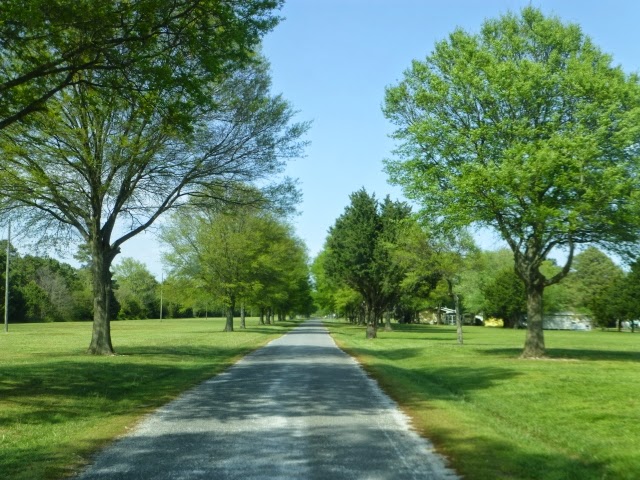 The road we have to ride on to get back to the campground..... 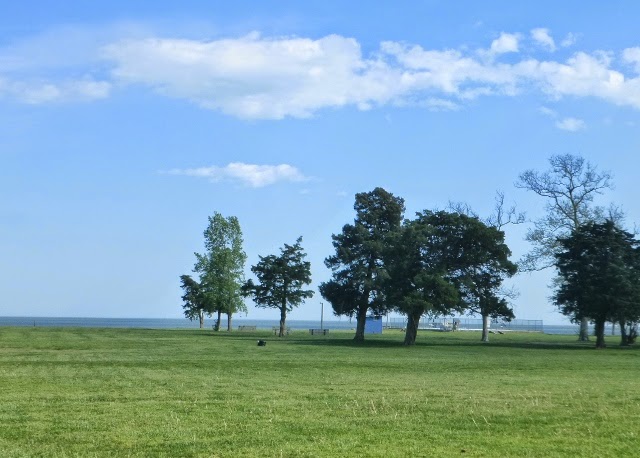 View out the van window, towards the Atlantic. There are a few
barrier-type islands way out in front but not accessible by car. No roads.... 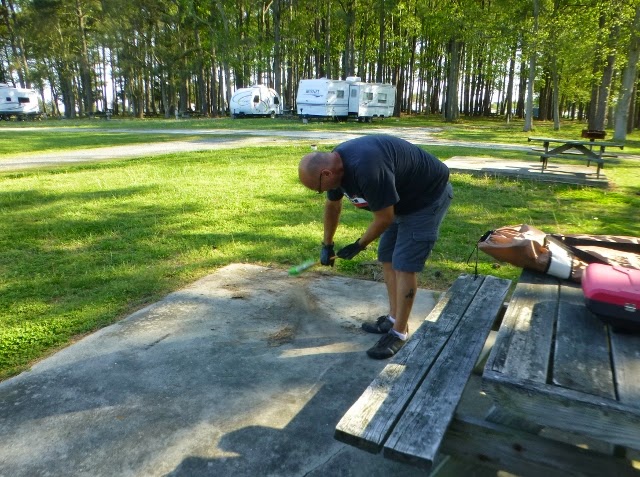 Doug trying to take back his patio from all the debris....
The trailers you see behind Doug are just being stored. All through the
trees there used to be campsites. There are still broken
tables but you can't use the area..... 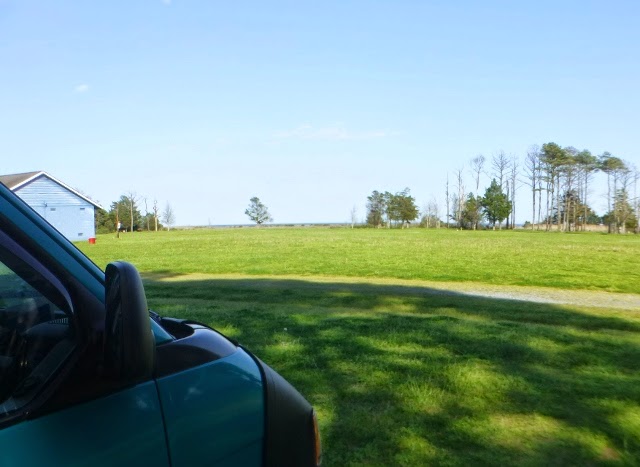 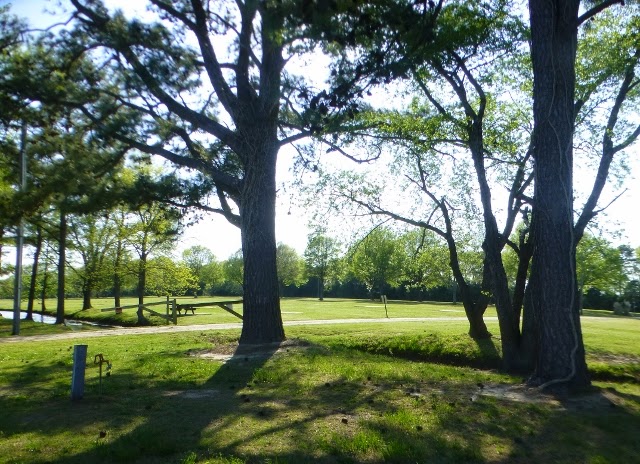 These trees are behind us. You can't see, but there are large patio slabs out on that grass that are no longer used. The many Canadian Geese and their babies like them though! 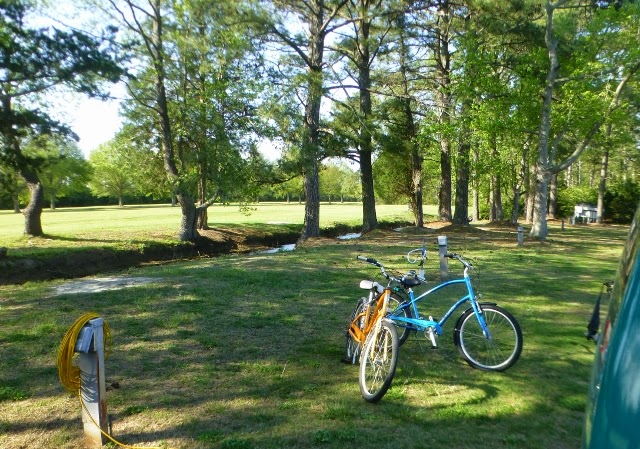 We started out at the far end trying sites and ended up at this one!
Hope everyone is well and has had a great weekend!! See you when we get to Greensboro MD tomorrow!!
Peace....
Thought for the Day: Sometimes things aren't as they appear!!
Posted by Doug and Nancy at 17:20