It is no secret that I am a H-U-G-E CFL fan. I will put on a CFL game even if the BC Lions are not playing and even if Doug is not home. While I may not "watch" an entire game if BC isn't playing, I love having it on. Somehow it seems really "Canadian" to me and we certainly enjoy it.

So, with that pre-amble in place, we were treated to the BC Lions Season opener last Friday night!!

Josh and Kathy treated Doug & I and Mel & Rick to an evening of football. They even managed to score some field side passes for 4 of us to go down and soak up a bit of the Lions practice and some of the excitement that goes with being on the field level. Wow, is BC Place ever huge from that vantage spot!!!

Here, enjoy the evening with us.... 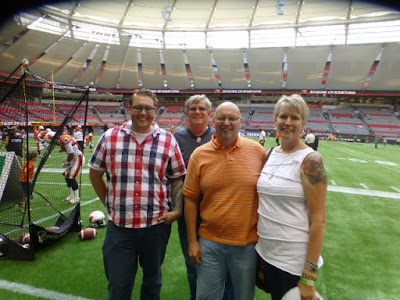 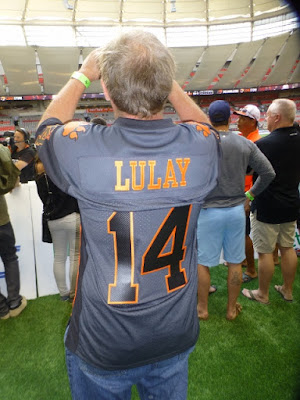 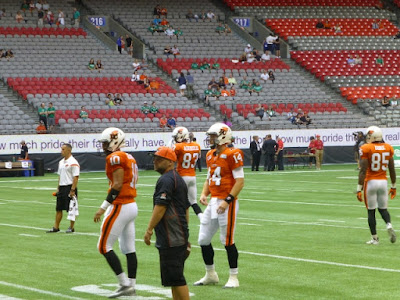 The real Travis Lulay
One of my favourites from the BC Lions team is now President and GM, Wally Buono. It was nice to meet him. A few years ago, I sent BC Lions an email upon returning from Mexico. I had just found out that my favourite player and veteran player, Geroy Simon, had been traded and I was quite disappointed and did not understand the business end of the decision. So, I penned an email. I guess it made it's way to Wally and he actually called me on my cell and we had a 20 minute chat about it. Really, no lie - Doug was witness to it. Doug said that by the time I hung up, it sounded like we were old friends!! Pretty funny and he was so gracious with his time. Yes, I did come away with a better understanding of what happened. Happily, now in 2015, Geroy Simon is part of our team in a off-field position. 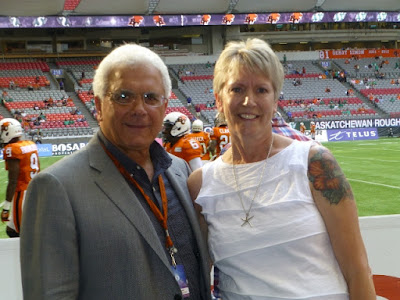 He said he actually remembered our conversation!! 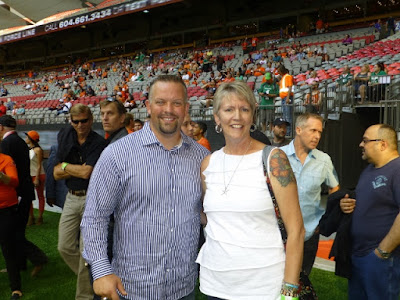 One of my other fav's....Angus Reid. Likely the only team jersey
I would have ever bought, if I had bought one that is!
Good old number 65 - retired now though!! 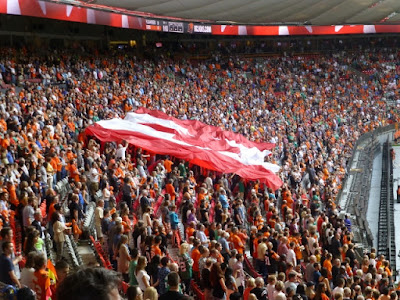 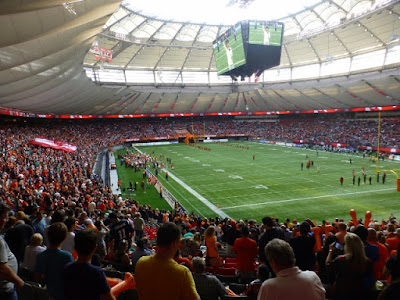 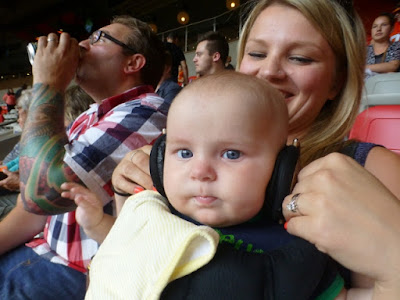 Jasper suited up with his little head phones for ear protection!!
And....Josh doing what every good, self-respecting
CFL fan does, enjoying a brewski!! 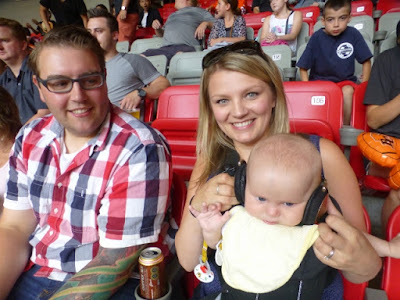 He was good as gold too!!


Anyway, what a great evening. Kathy's mom, Mel was here as well but she Kathy and Jasper stayed up top-side while we were down on the field. To say we enjoyed the evening is an understatement. Even better was the fact that they were playing our really big rival, Saskatchewan Roughriders, and after trailing for the whole game, we muscled up and tied the game, went into overtime and WON!!!
Thanks again Josh & Kathy! We really enjoyed the evening, but then, any time spent with you guys is fun!!
Peace....
Thought for the Day: Masquerading day after day as a normal person is exhausting!!
Posted by Doug and Nancy at 18:31